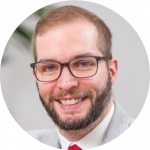 Invented by Alan Turing in 1950, the Turing Test, originally called the imitation game, was a test designed to see if a computer could fool a person into believing that it was a human and not a machine. Modern chatbots aren’t usually designed to try and trick you, but they use simple AI and natural language processing to read, understand and respond to interactions within set parameters.

Recently we ran a proof-of-concept implementation for RCS messaging in Ukraine and as part of this we developed and launched 13 chatbots for our partners. We’re really happy with the chatbots that were released, and so were our client’s end users as over a thousand conversations were had with our bots during the limited trial.

If you’ve got a chatbot running at your business or you’re thinking of implementing one, then this article has got a few tips and tricks to make your chatbot implementation a successful one.

There are many different use cases for chatbots, but you need to know what you are trying to do to succeed in your chatbot implementation. It’s a lot easier to get a bullseye in darts if you have a dartboard!

One of the most popular implementations is the first stage of customer service interactions. Here you can reduce the number of queries your customer support agents will have to deal with, as research by IBM shows that chatbots are able to answer 80% of routine questions.

Other popular use cases are to generate leads, promote new products or build brand awareness. Make sure you know what you want to do with your chatbot, then work out from there.

To be truly successful with your chatbot, you’re going to want to know the most common questions it will be asked before you even turn it on. Get in touch with the people in your business who already have the conversations you’d like the chatbot to have. For example, if you want to use your chatbot to generate leads, maybe get in touch with your sales team and see what questions they get and their responses in those situations.

Sales departments can lose anywhere from hundreds to thousands of dollars per sales representative due to bad lead data. But what if before that lead even reached a sales rep, it was qualified by a chatbot with a couple of simple opening questions?

At the end of the day, trying to pass a chatbot off as a human agent is a losing battle. And the thing you’ll lose is your customer’s trust.

Let the user know they are talking to a chatbot and tell them what the bot is there to do. The NBC Politics Bot, launched by NBC News in the US, is a great example. During your first interaction with the bot, it tells you what you get by interacting with it, and it tells you what it can do. This is a pretty simple bot but a great way to build brand awareness, especially as the bot links out to videos by NBC Politics – bringing in more views to that content.

Giving your users the bot’s capabilities prevents them from getting frustrated. You don’t want to lose a lead or force a user to make a call to a call centre agent because the bot can’t help the user with their query.

Your opening line has got to make a good first impression, or you might as well not have a chatbot in the first place. Make sure you are speaking in a voice appropriate for your brand, but you can use gifs, emojis, or generally a more casual speaking style to humanise the bot and give a warm welcome.

It’s always good to open with a question to start a dialogue with your user. This also shows the user that the bot is interactive, especially if you can quickly follow up on their responses.

While one of the strengths of chatbots is their ability to understand natural language, a quick response is more appropriate. It can also keep the conversation from going off track. Think of a chatbot as a highway – Quick Replies are the lanes that keep you going in the right direction.

Imagine your bot allows people to order pizza and asks what the user wants – if they can respond with free text, they could ask for an infinite combination of things, and you’d have to have a bot able to recognise and respond to those requests. Now remove the infinite possibilities by offering quick reply buttons.

Instead of asking what size pizza the customer wants, you’re now offering them three buttons – Small, Medium and Large. You don’t have to worry about misinterpreting the customer, and the customer knows what they’re getting without having to enter multiple replies.

6. Don’t be afraid to get graphic

By which we mean – use images and emoji. This is something we covered earlier in your opening message, but if it fits your brand’s tone of voice, you should be using images, gifs and emojis in your replies. Making your chatbot a fun experience to interact with will give users a positive impression of your brand as a whole.

There are a few things to think about when using these things in your chatbots, but one of the most important things is to know your audience. For example, the Marvel chatbot designed to get users to buy tickets to see Marvel movies had incredible results. Here’s a quote from the team behind it:

“And when it comes to Messenger marketing there’s one key to increasing effectiveness. Be fun. Messenger is a channel that’s favoured for communications with friends and relatives. It’s not meant for boring, dry corporate communication. If you check through your message history I’d bet good money it’s full of gifs, fun images, jokes, and slang. Which is exactly what Marvel included in this second campaign. What made it extra special though was how they used gifs of the upcoming movie.”

But it’s not all jokes and memes. Images are great for eCommerce retailers too. According to research by Big Commerce, 78% of customers want images to bring a product to life when shopping online, so if you’re selling a product having a photo attached to it is vital. This can also work well with the quick replies, allowing the customer to tap on the image of the product they want.

One of the most popular chatbots in the world is Amazon’s Alexa. Of course, Alexa is conversing via voice, but she is still listening to and interpreting voice commands in the same way a chatbot might read and reply to typed commands. If you ever owned an Alexa device, you’ve probably noticed that some commands will confuse her, or she might answer incorrectly.

Your chatbot isn’t going to be infallible, and you’ll need to test thoroughly before launch and during its live service. Maksym Solodovskyi is the Product Manager for RCS at GMS and was responsible for our proof of concept launch for RCS in Ukraine last year. During that project we launched 13 chatbots for our partners, so we asked Maksym what advice he had for anyone looking to create their own:

When your chatbot is live, you need to monitor its performance. A great way to do this is to ask users to rate it out of five at the end of the conversation. Anything less than five out of five is an opportunity to improve, so check out as many responses as you can and see where the bot went wrong. You need to teach your bot how to interact with customers based on the conversations it is having to increase customer satisfaction.

You should also be proactive. Are new terms becoming the norm in your industry? Are new competitors or products entering the market? Make sure your chatbot is up to date. Launching a new product that your chatbot knows nothing about is just going to frustrate your customers and send them elsewhere.

2FA for all: making customer and employee access secure with 2-factor authentication

Many companies – particularly those involved in banking and e-commerce – use 2-factor authentication (2FA) to secure their customers’ information and accounts...

Over the next few years, certain markets and industry verticals will play a major role in the growth of the telecoms industry - driving traffic growth that will need careful management. Read more in our article

While it is vital and important for marketers to stay abreast of trends, they do present a host of challenges as well. Read about some of the most significant ones.